About Us Be a volunteerMake Donation 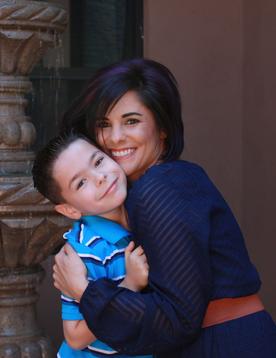 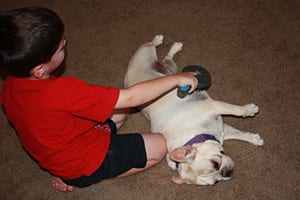 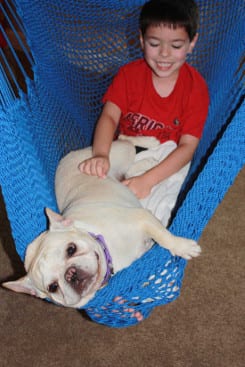 Pawsitive Friendships was founded by Tosha Tharp in 2014. When her son was diagnosed with High Functioning Autism at the age of four, she quickly realized that no diagnosis was “one size fits all” and that each child should be considered and treated on an individual basis.

The idea for Pawsitive Friendships occurred to her while she and her son were practicing their regular home exercises. He was VERY non-compliant because the exercises were difficult and because he was unable to communicate his feelings. When she if Zoe, their French Bulldog, could join him on the swing, Tosha was stunned when he agreed. Both boy and dog loved every minute of it!

From then on, Tosha incorporated Zoe into other exercises, and soon his compliance ceased to be an issue. Rather than focusing on what he couldn’t do, he was focusing, instead, on Zoe. This prompted Tosha to train Zoe as a therapy dog, ultimately culminating in their becoming a Registered Pet Therapy Team.

By combining her determination to help her son succeed with her love of dogs, Tosha formed Pawsitive Friendships. “If my child can smile, enjoy therapy and build his confidence at the same time,” she reasoned, “there must be others who would love to be given that same opportunity.”

Tosha’s passion is her goal: to positively effect change in the lives of children like her son through the unconditional, non-judgmental love of dogs, together with the compassion of parents willing to “look outside the box”.

We help individuals with special needs who are not engaging, complying, or progressing in their therapy by providing Animal Assisted Therapy, thereby supporting and encouraging them through the unconditional love of an animal-human friendship.

We believe that working hand-in-hand with therapists, aides, and teachers in schools and clinics, our animals can encourage the individuals to achieve their therapy goals.

To strengthen the skillsets of individuals with special needs, giving them the confidence they need to achieve their personal goals. To help them develop both physically and socially, and to improve in the areas of emotional self-regulation and motivation.

Our logo holds a particularly personal meaning for us. It symbolizes the unconditional, non-judgmental love of a dog for a child. Pawsitive Friendships was founded by Tosha Tharp-Gaitanis, the mother of a child diagnosed with High Functioning Autism/Asperger’s Syndrome. It wasn’t long before she recognized what a “pawsitive” impact their dog had both on her son’s behavior and on his therapy.
Although she used the family’s French Bulldog, Zoe, to assist her son during his home exercises, she decided he needed a dog of his own. Enter a second French Bulldog named Jacques, who proved to be a “Jacques” of all trades and master of ALL.
Sealing the deal was the fact that my son and dog shared the same birthday, albeit five years apart! And so, at the age of 2 ½ months, Jacques became a vital part of the day-to-day activities and “living skills” of Tosha’s son. Among the many lessons her son “taught” Jacques was how to take a shower, how to get dressed, how to brush his teeth, and how to go potty.

Now the two are virtually inseparable. Jacques follows Tosha’s son through the house and out in the yard, begging to play tug-of-war or to have his chest rubbed. Jacques wakes him up in the morning, walks him to the bus and even helps put him to bed at night. They truly have a “pawsitive” friendship.

Although Tosha could visualize the logo she wanted, it wasn’t until she met Jenny Mahoney of Creative Mahoney that her vision became a reality. Using Tosha’s son and his heart’s best friend, Jacques, as her models, Jenny deftly created Pawsitive Friendships’ eloquent and evocative logo. Not only does it stand for the friendship between one dog and one special needs child, but also for the friendships our trained teams help create between their own therapy dogs and other children with special needs. 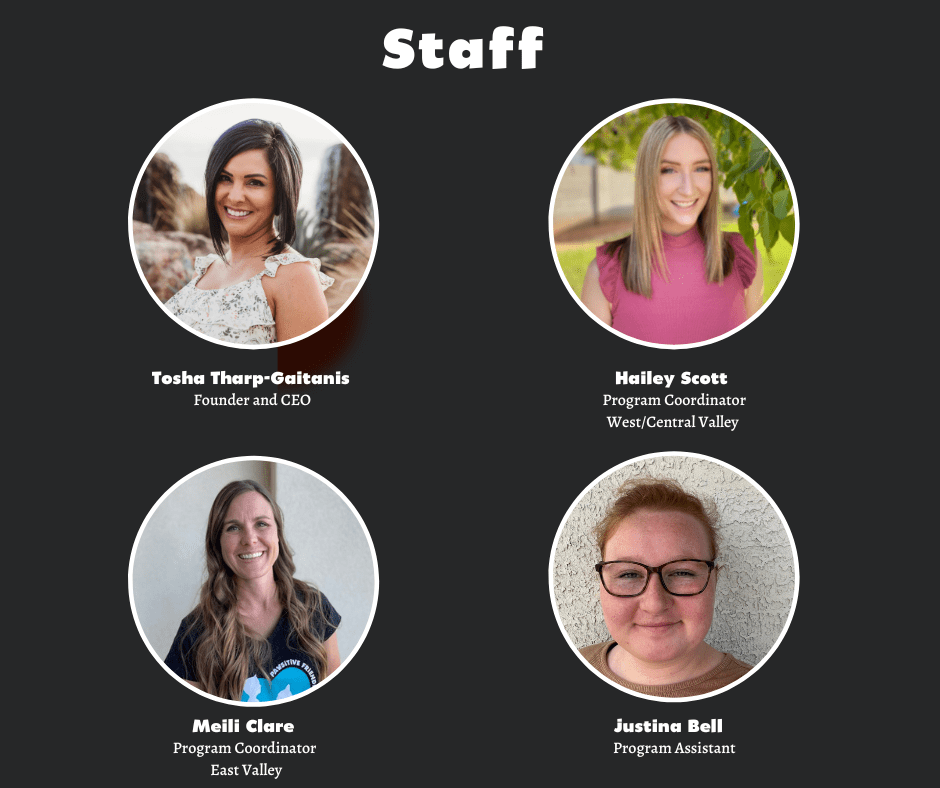 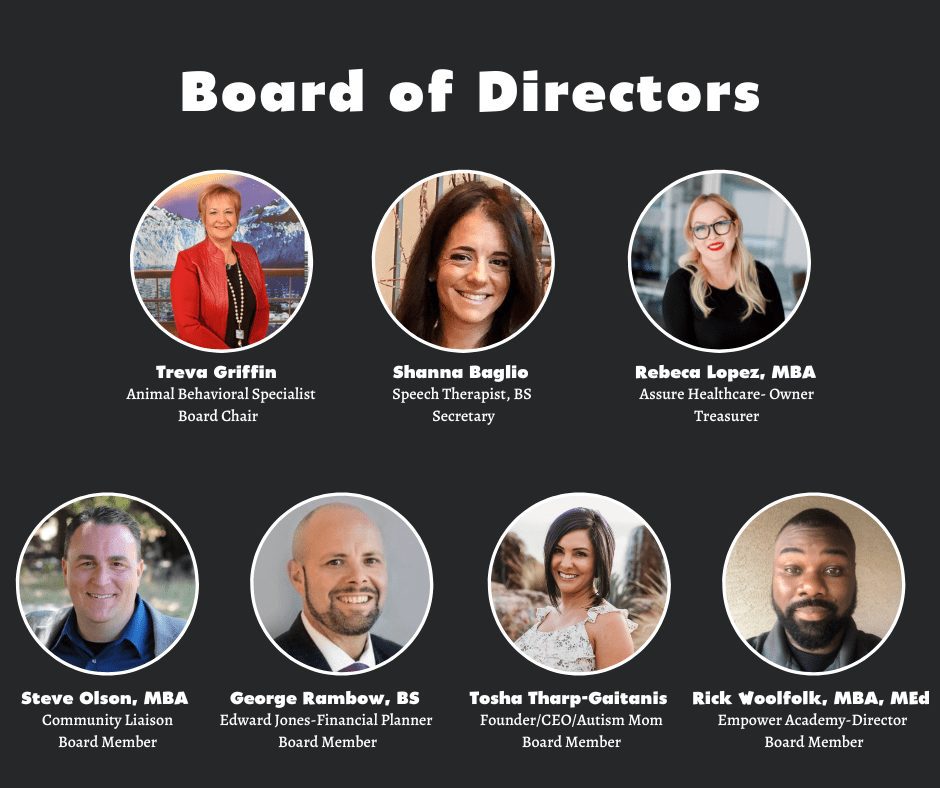 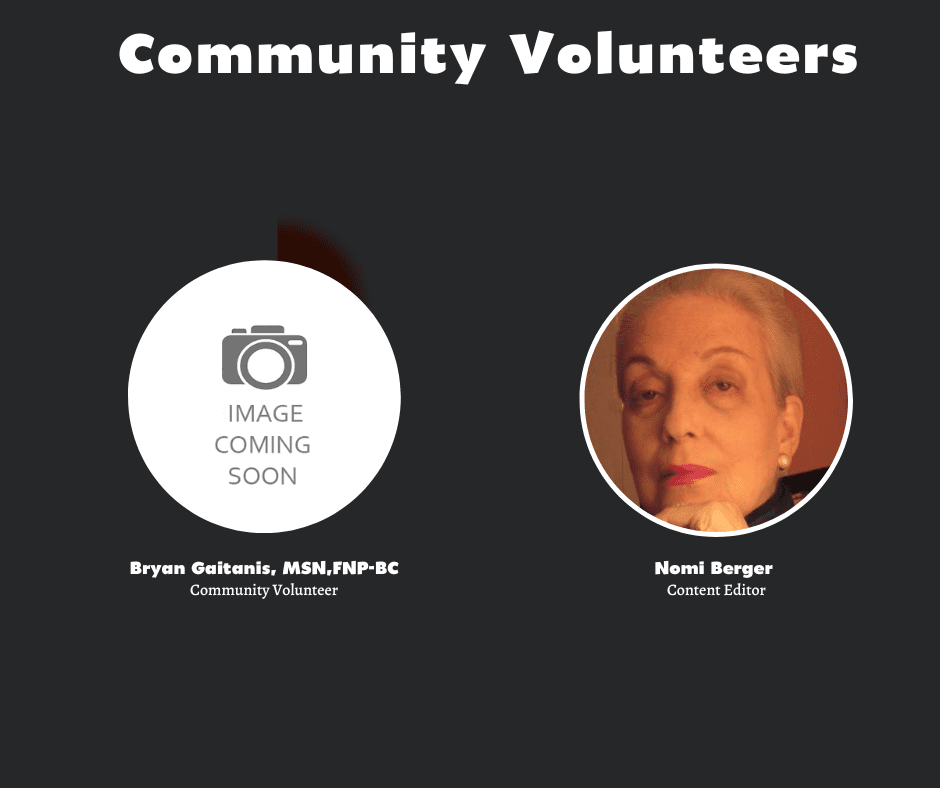 Stay up to date on all current events.